CNSM (China National Silk Museum), near the West Lake in Hangzhou, a world heritage on UNESCO’s list, is one of the first state-level museums in China and one of the largest textile and costume museums in the world. It was founded and opened first in February 26th, 1992, covering an area of 50,000 square meters, and was reopened in September 2016 after its renovation, with a building area of 23,000 square meters, including the Silk Road Gallery, Intangible Culture Gallery, Textile Conservation Gallery, Chinese Fashion Gallery, Western Fashion Gallery and Xinyou Archives Gallery. Now it owns collections of not only ancient Chinese silks, but also textiles with other fibers, and costumes from all over the world.

The main goal of CNSM is to collect, research, conserve and display Chinese textiles especially silks. Due to most of the early Chinese silks are excavated from those sites along the Silk Road, such as Niya, Yingpan, Turfan in Xinjiang, and Dunhuang in Gansu, so the museum has made big effort to the research and conservation of silks and textiles from the Silk Road, and has broadly cooperated with museums and archaeological institutions alongside the Silk Road home and abroad.

CNSM dedicates to the intangible culture heritage and international cooperation as well. On September 28, 2009, “Sericulture and Silk Craftsmanship in China”, led by CNSM, was accorded a place on the "Representative List of the Intangible Cultural Heritage of Humanity" by UNESCO. Now a new center for the Sericulture and Silk Craftsmanship research and training is under plan and will be founded at Yunlong Village, a famous village for its sericulture, Haining, China. 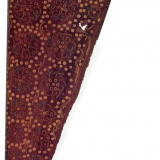 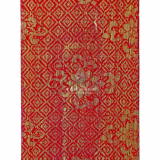 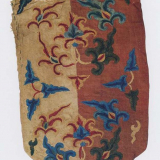 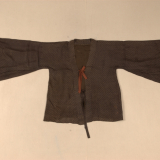 Taquete with Tree in Pearl Roundel 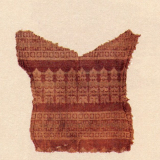 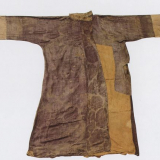 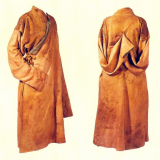 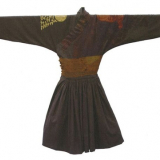 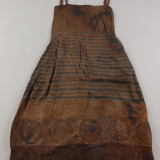 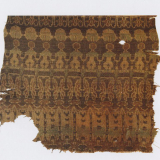