Valencia, the “Medina al-Tarab”(City of Sand), is one of the oldest cities in Spain. The city was founded on the banks of the River Turia in 138 BC by the Romans, and began to prosper in the Andulasian period (714 AD-1171 AD). The advent of Islamic culture brought with it a myriad of trading  activities related to paper, silk, leather and ceramics and placed Valencia as a commercial hub. After witnessing a brief period of decline, Valencia again revived its importance in the 15th Century, a period which is also referred to as the “Golden Period of Valencia”. They are noteworthy monuments related to the Silk Roads heritage and to the silk industry in the city. 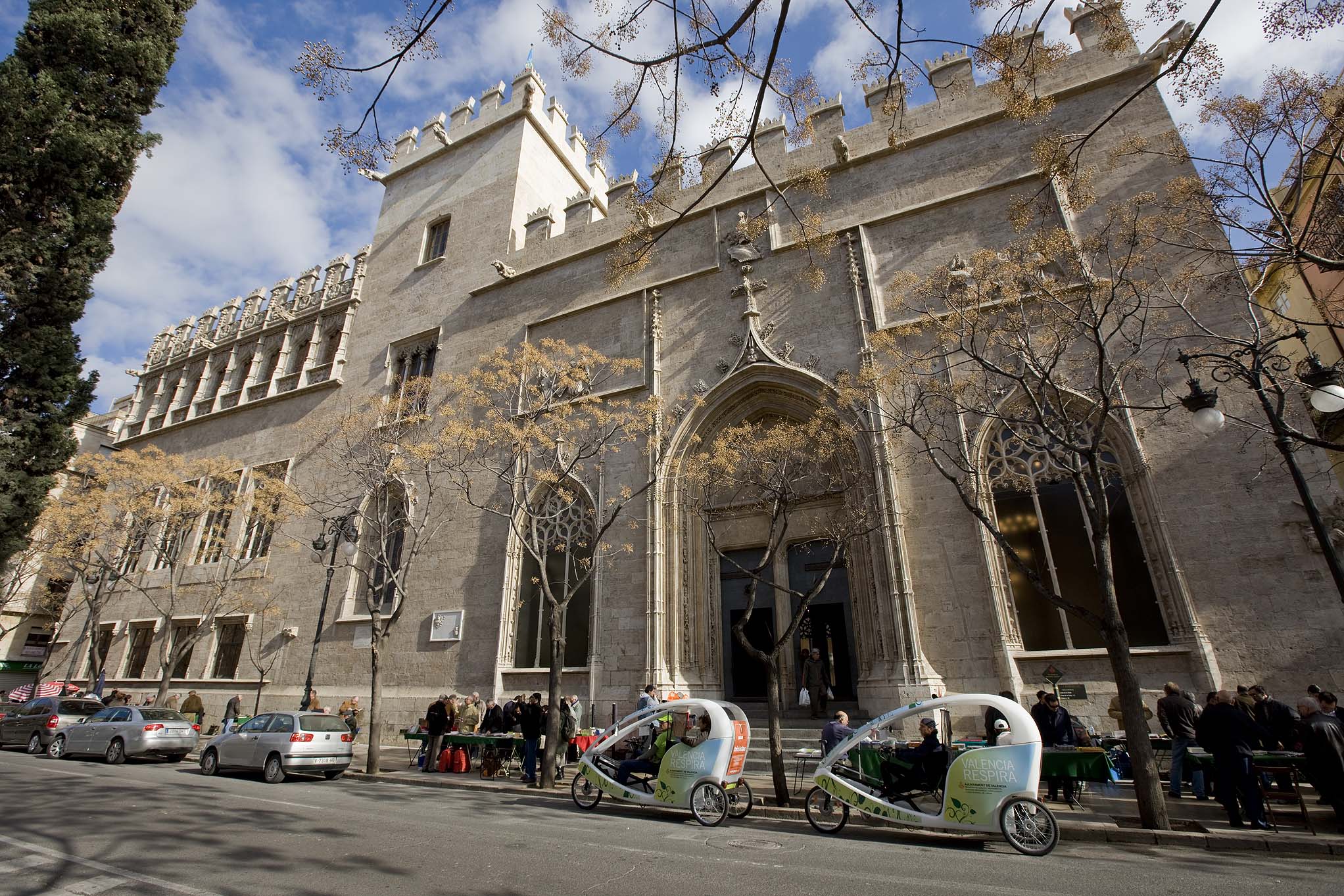 The House of the Silk Traders

It is a masterpiece of the civilian Valencian Gothic architecture located in the historic center of the city. Declared in 1996 a World Heritage Site by UNESCO, the Lonja de la Seda is located in the Market Square, opposite the Church of Santos Juanes and the Central Market in Valencia. It was built between 1482 and 1548, and its first builder was Pere Compte, on the model of the Market of Palma de Mallorca. At first, it was dedicated to the silk trade. It became a landmark of the wealth of the Golden Valenciano style (15th century) and showed as a commercial revolution during the late Middle Ages, the social development and the prestige earned by the Valencian bourgeoisie. 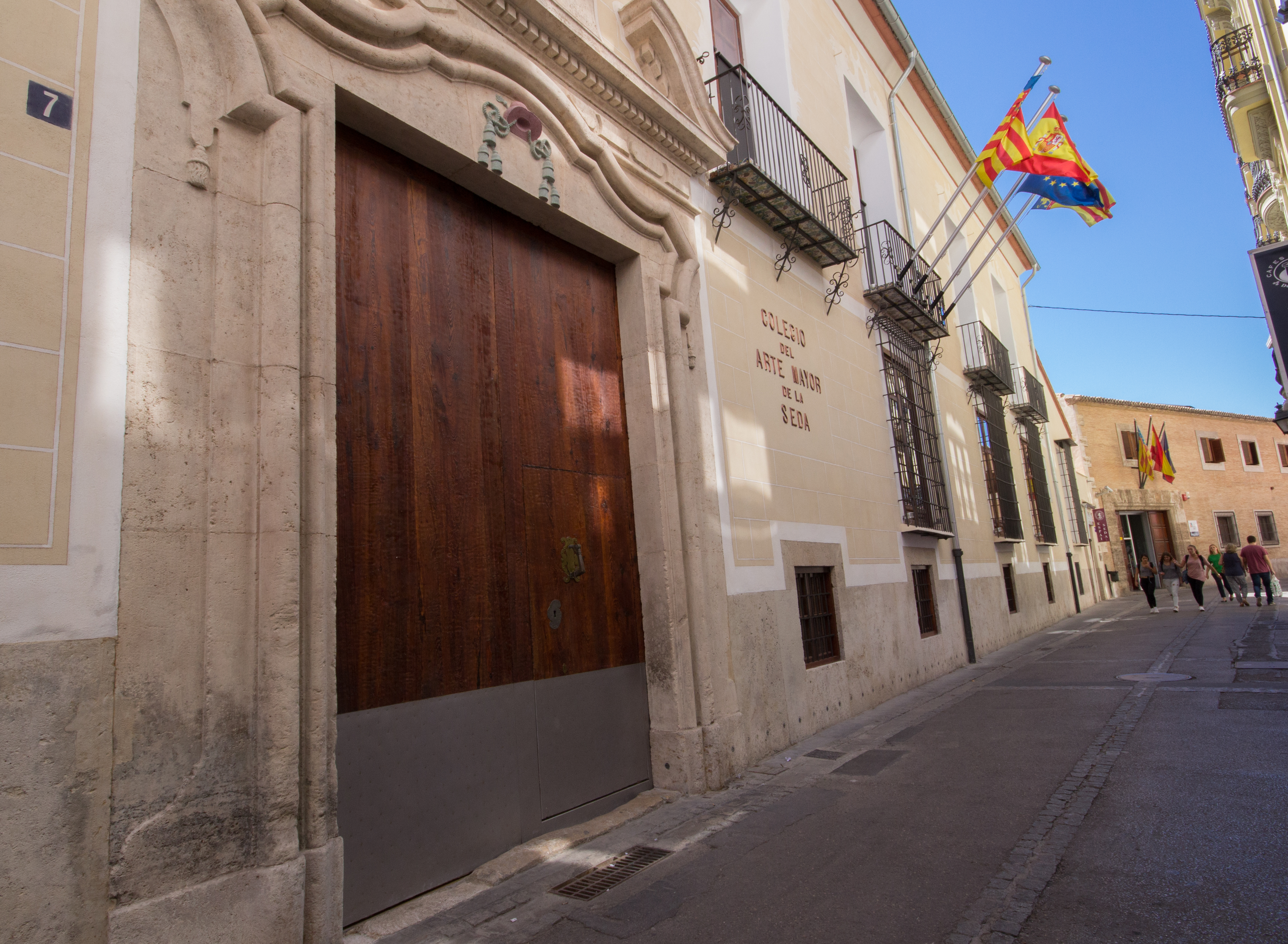 ©The College Mayor of the Art Silk. It’s restoration in 2016 was sponsored by the private fund Fundacion Hortensia Herrero, and it was inaugurated in June 2016

The College Mayor of the Art Silk

The institution was founded initially as the Velluters Guild’s headquarter in 1479 to mark the booming production of silk in Valencia. The current building has been acquired in 1494 with a large orchard. Its historical Ordinances by King Ferdinand dates from 1479. The building itself dates from the fifteenth century but has been restored many times during the sixteenth, seventeenth and especially the eighteenth century, for it shows baroque characteristics.

In May 1981, the building was declared a historic-artistic monument of national character and in 1985, the Generalitat Valenciana awarded him the title of permanent museum collection. It displays the famous fallera suits, seen and still worn during the Festivals of the Fallas.

Vicente Enguidanos, one of the last velluters © Spanish National Commission for UNESCO

© OUR PLACE The World Heritage Collection
Previous Next