The Mongol Empire plays a significant role and influence in the history of the Silk Roads. The Mongolian empire dates to the 13th and 14th centuries, having reached its highest peak in expansion after Genghis Khan’s successor Ögedei Khan took power in 1229. He made the Mongol Empire the largest contiguous land empire in history. This massive geographical reach allowed the Empire to offer the Silk Roads more secure and organized trade throughout its land. This allowed the land routes to flourish. Around the 1350s, the empire began to collapse. Finally, once it did, the trade routes of the Silk Roads lost their security, and trade interest shifted to maritime routes.

In 1260, another strong Mongol leader emerged and took power of the Empire. His name was Kublai Khan and is best known for ruling over the people with distinguished respect for their own heritage and culture. Especially important for the Silk Roads, Kublai Khan made foreign traders exempt from taxation and enjoyed privileges not enjoyed by his subjects.

As a result of this important political and security role, the Mongols were heavily engaged in the Silk Roads network. The border town of Maimachim was well guarded by the Chinese in efforts to maintain control of the economic market and ensure the city as a trade outpost. As a result, the immediate area was highly populated by Chinese people, which also meant their foods, traditions, and other expressions of culture were common there. Silk and fine porcelain were brought from China, whereas animal ginseng, furs and deer horns were exported to China. The Chinese and Mongolians also traded tea, perfumes, beads, hats, combs, satins and cutlery, among many other countless goods, with one another.

Mongolians have a history of being a nomadic people, including many that engaged in trading along the Silk Roads. As a result, some Mongolians often chose to live in yurts, minimizing their permanence specific to territorial connections. Mongolians often traveled by camel, having many advantages to horses, especially considering Mongolia’s landscape. A culture of hospitality developed among the Mongolian people, thanks to their welcoming many a wave of traders from far off distances who would encounter their yurt camps while enroute to the next trading post.

One typical route to China was from Kiakhta, which is on the border with Russia, through Mongolia, with the final destination of Pecking. The main cities along the Silk Roads were Karakorum and Ulaanbaatar, Mongolia’s capital today. Ulaanbaatar is especially important to demonstrate Mongolia’s inclusion in the Silk Roads network. It was considered a very important place for Buddhism, holding the status of second-most sanctimonious, behind Lhasa. One would find a large Buddhist temple to mark the presence of a Buddhist community, a religion that was brought to Mongolia by the exchange of thoughts, ideas and beliefs as a result of the Silk Roads. 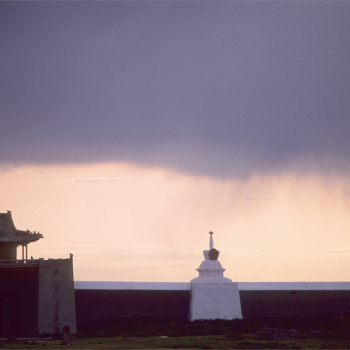 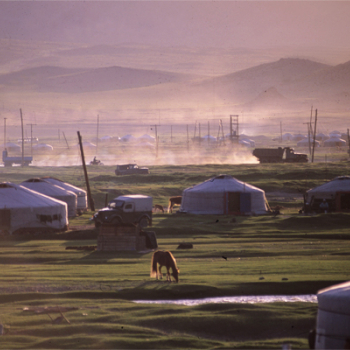 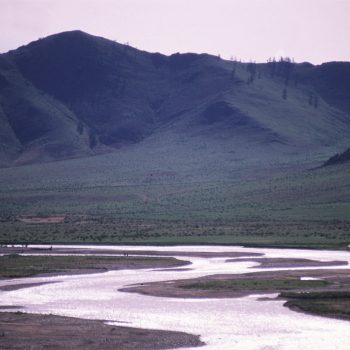 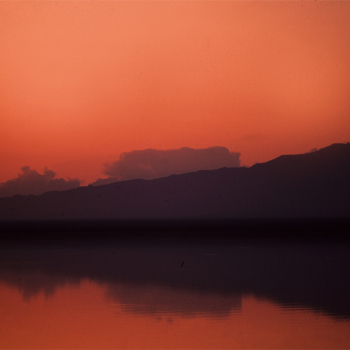 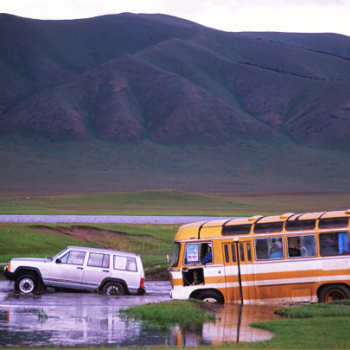 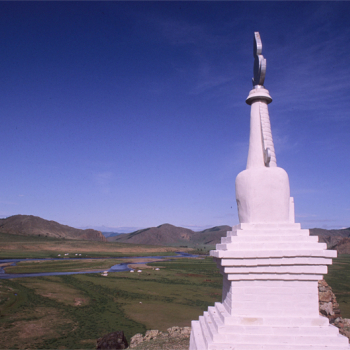 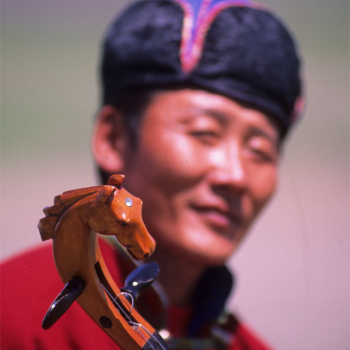 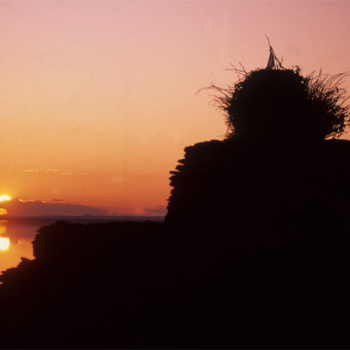 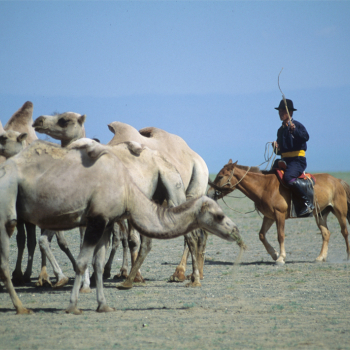 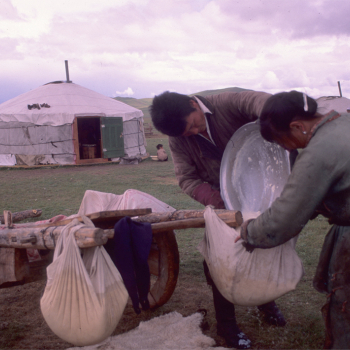 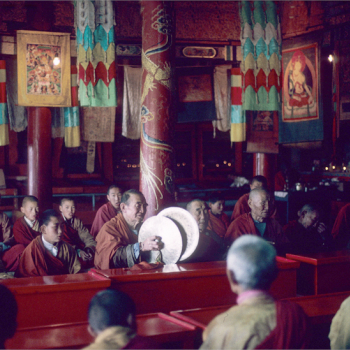 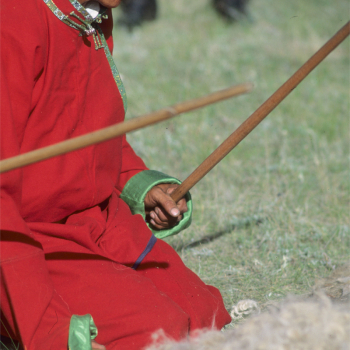 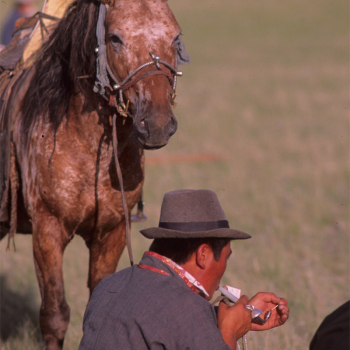 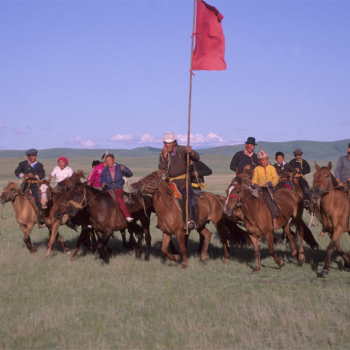 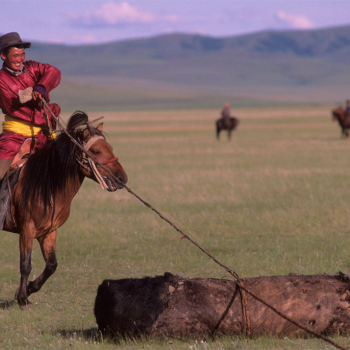 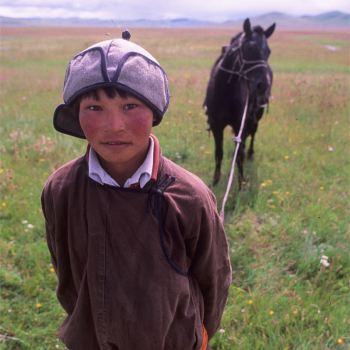 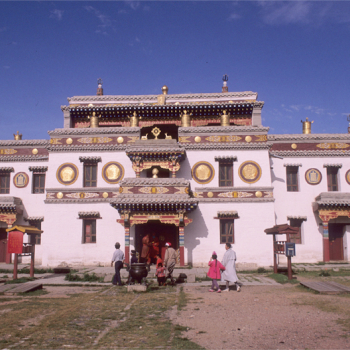 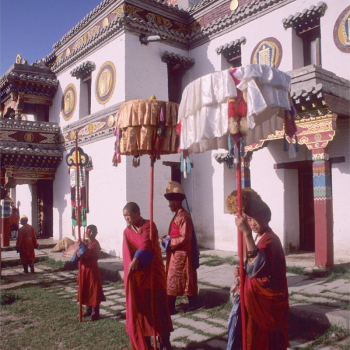 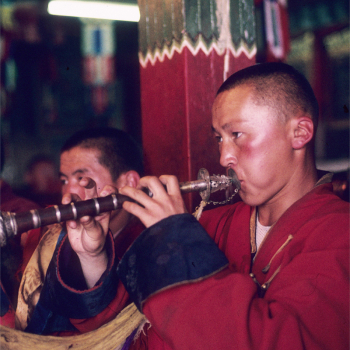 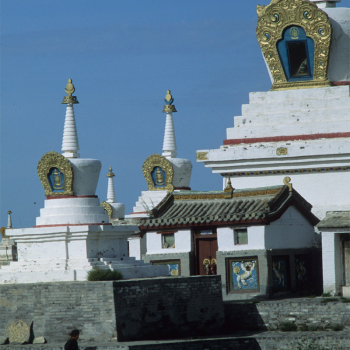 Nomad Routes of the Silk Road