A gold coin discovered close to Gilgil in Pakistan, which bears the portrait of a king and a legend in Parthian (“Abdagases king of kings”), is attributed to the Indo-Parthian king Abdagases II who ruled during the last quarter of the 1st century AD. There are some similarities between this piece and the coinage of the famous Kushan king Vima Taktu (Sôter Megas), who reigned roughly at the same time.

The International Institute for Central Asian Studies (IICAS) was established in August 1995 in Samarkand (Uzbekistan) as a direct outcome of the UNESCO Silk Roads Expeditions. 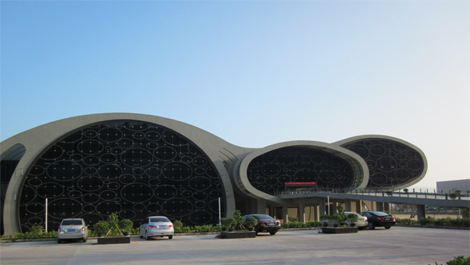 In 1967 Quaid-i-Azam University (QAU), Islamabad, was authorized by Ministry of Education, Government of Pakistan, to establish a Centre for the Study of the Civilizations of Central Asia in order to cooperate with UNESCO as a participating member representing Pakistan in its program on Central Asia. In UNESCO there was proposal to expand the scope of the centre and make a comparative study of the civilizations of whole of Asia.

The ICOMOS International Conservation Center-Xi’an (IICC-X) is an international research, training and cooperation center, established as an initiative of ICOMOS China. Its purpose is to support international and regional cooperation for the conservation of monuments, sites and their settings in Asia and the Pacific.

The Kazakh Research Institute of Culture (KRIC) was founded in Almaty city (than the capital of Kazakhstan) in 1934. It was one of the first research institutions of Kazakhstan designed to conduct studies on cultural issues, and in the field of archeology and arts in the country.

Director General of the Institute is Andrey Khazbulatov, Ph.D.